What is Triple Threat position in Basketball? Fundamentals

What is a triple threat in basketball?

The Triple Threat is a fundamental concept in the sport of basketball that has remained unchanged despite the evolution of the game over time. 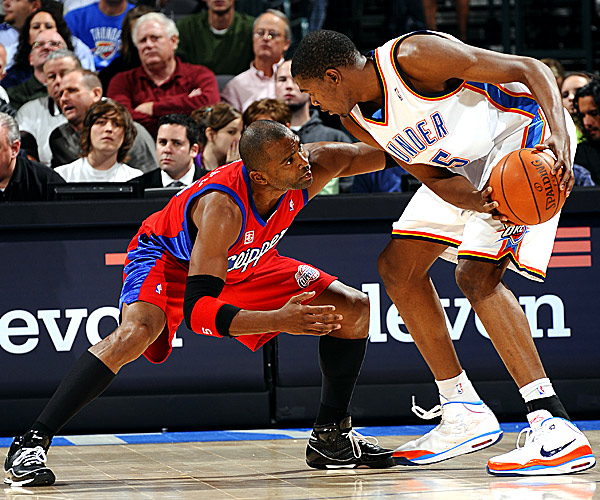 A triple threat is a term used in the game of basketball to describe how you are standing while the basketball is in your hands.

What can I do out of it?

If I’m standing with the ball and I haven’t taken a dribble yet, I can do one of three things. In a good triple threat position I can:

HAND DOWN MAN DOWN!! (A great saying when a defender is being lazy and you make a shot right in his/her face.)

Maybe the defender is playing good defense, but our team is running a play. It is my job to be ready to pass the ball on time to put my teammates in the best position to score.

Sometimes with an aggressive defender a simple dribble move to get by can lead to an easy two points for your team.

What are the advantages of the basketball triple threat position?

The biggest advantage of the triple threat for the offensive player is that it gives you so many options. If you already started to dribble, you can’t get back into triple threat.

And if you catch the ball and start dribbling right away, the other aspects of the game become harder.

Where can you use this move?

The Triple Threat stance is versatile and can be used anywhere on the court, whether it´s by a guard catching the ball on the 3 point line or a big catching it on the block.

Every player should master it at a young age as it will improve their other abilities and slow the game down.

What is the best way to do a triple threat?

A triple threat is a fundamental move in basketball that is essential for success on offense. It is a simple move that can be done many different ways, but for those who are just learning the game or in high school, it is recommended to start with the basics.

To start, use your non-dominant foot as your pivot foot, hold the ball in the same way you would shoot it, keeping one hand behind the ball and the other on its side. This allows for quick options to shoot, pass or dribble the ball.

Keep the ball in your shooting pocket, usually on the side of your dominant hand, and keep your eyes up and knees bent. This move will only be effective if you are a threat to do all three things, and if your eyes are down, you are no longer a threat to pass or shoot the ball.

If you are practicing with a defender and are passed the learning stages of the basic concepts try and throw in some jab steps and ball fakes. The jab step is another move that we will break down in another blog, so stay tuned!

This will keep the defender even more off guard and will give you more open options to pass, shoot, or dribble.