Today we are going to be talking about who the TOP 5 Best Dribblers in the NBA are. We will give you our picks for top 5 dribblers ranked from #5 up to #1. Some of them could be considered the best ball handlers in NBA history. Let’s get right into it..

“I want to practice to the point where it´s almost uncomfortable how fast you shoot, so that in the game things kind of slow down.” ~ Steph Curry On practicing to perfection 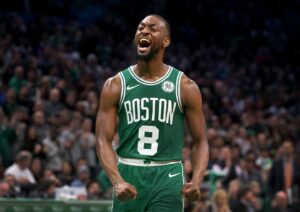 At number five we have “Cardiac” Kemba Walker. Kemba comes in at number five with arguably one of the best nicknames in the NBA. Kemba got the nickname Cardiac while in college after having one of the most famous crossover stepbacks in basketball history, sending Gary McGhee to the floor.

If you haven’t seen this yet, it is a MUST WATCH.

Kemba has continued to break ankles ever since he joined the NBA in 2011. Although he has been injured for most of the start of this season, we have not forgotten about him. His cross overs are famous, and his ability to stop and change direction are second to none.

These are just some of the reasons we have Kemba here as the fifth best dribbler in the NBA right now. 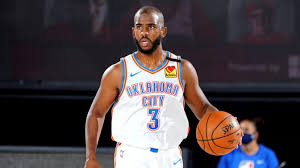 His ability to make defenders touch the earth with his quick change of directions is not quite what it used to be. They don’t fall quite as frequently, but Chris Paul still displays flashes of brilliance when it comes to breaking defenders down.

The player from Houston is able to find himself at number four because of his ability to get into heads of not only the on-ball defender, but also with help defenders.

CP3 has evolved into a savvy basketball veteran who can get to anywhere he wants to on the floor. His ability to yo-yo the ball of ball screens and fool the big man is a go-to move. This has sparked the imagination of many ball handlers around the world. 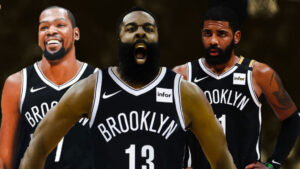 Like it or not, James Harden is a wizard with the ball. Even if you think what he does is illegal…that will have no bearing on these rankings. What James Harden is capable of doing with the basketball is amazing, and is why we rank him as the third best dribbler in the NBA.

James Harden is very unique with how he dribbles by defenders. Up until recent years, many people would just try to use a combination of a few moves to get by defenders who were playing in front of them. Now the game has changed, and because of that, James Harden is thriving.

Harden does an excellent job “lulling his defenders to sleep” and using his quick first step to get by them. He does this by playing with the ball rather slowly and making the defender think that they have a chance to get a steal. As soon as they step forward, or reach forward, he uses their own momentum against them.

He does this frequently and often to get by his defenders…. that is if they don’t foul him first. Though it may not seem like it, this is one of the main reasons why James Harden is one of the best dribblers in the NBA.

Stephen Curry being in the top 5 should come as no surprise, as he has changed the game dramatically. This change comes from his ability to shoot from practically anywhere on the court. His abilities give him an advantage by making defenders adjust to his shooting range. This directly impacts why he comes in at number two on our list of best dribblers in the NBA.

Since Stephen Curry is such a threat, while also having the ability to shoot from anywhere inside half court, defenders are forced to guard him closely and far away from the basket. Steph Curry has adapted to this, and so have his handles.

Steph Curry is frequently forced to dribble with guys hovering over him in all directions, and defenders trapping him when he comes off screens. Steph is still able to keep the ball on a string even with every defender around him.

The player from Golden State is also exceptional with dribbling because of what defenders know about him.

Defenders KNOW he wants to shoot the three, and he is still able to fool them with his dribbles to get where he wants to go. That takes a lot of dribbling skills! For someone to know where you want to go, what you want to do, and still not be able to stop you is something that very few people can do. For all of these reasons, Steph has safely secured his spot at number 2. 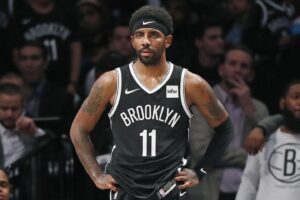 Does this really even need to be said? Can it be argued by anyone? I mean… c’mon

It is without a doubt KYRIE IRVING... and though it may be “close”, it’s really not close at all.

The fact that it is so clear amongst other professionals and the best of the best across the world is astounding.

Kyrie is by far the best dribbler to have ever lived. He’s a magician with the ball. He does things that other professionals couldn’t even dream of, let alone people watching him dribble. He makes dribbling look like an art, and he’s the Picasso.

Kyrie Irving is to dribbling what Steph Curry is to shooting. When Kyrie is in his groove, he makes basketball so much fun to watch simply by the way he dribbles the basketball. We are truly convinced that there may never be another dribbler like him, and that we should appreciate him as much as we can while he is still in the game.

Trae Young is still growing and adapting to the league around him. I fully expect him to be on this list in a few years, but as of right now he’s just not in the top five. What he can do is truly special, but the five names listed above are even more special.

Would KD’s ability to dribble be just as impressive if he wasn’t 7’0 tall? We may never know, but the fact that he’s incredibly tall and long, and manages to still be as coordinated as he is is amazing. His cross over into a hesitation pull up is poetry in motion and is the reason why he is an honorable mention for one of the best dribblers in the NBA.

Dame is something special, and his ability to shoot off the dribble is one of the best ever. That is the main reason you find him on this list. He’s talented with the ball in his hands and can do a lot of things that many other professionals can’t.
He’s extremely underrated in terms of overall ability, but I don’t think he’s underrated here. He falls into the honorable mentions.

**We hope that you enjoyed this blog post. If you did, you can also read "5 Tips to Improve Your Ball Handling in 2021"**